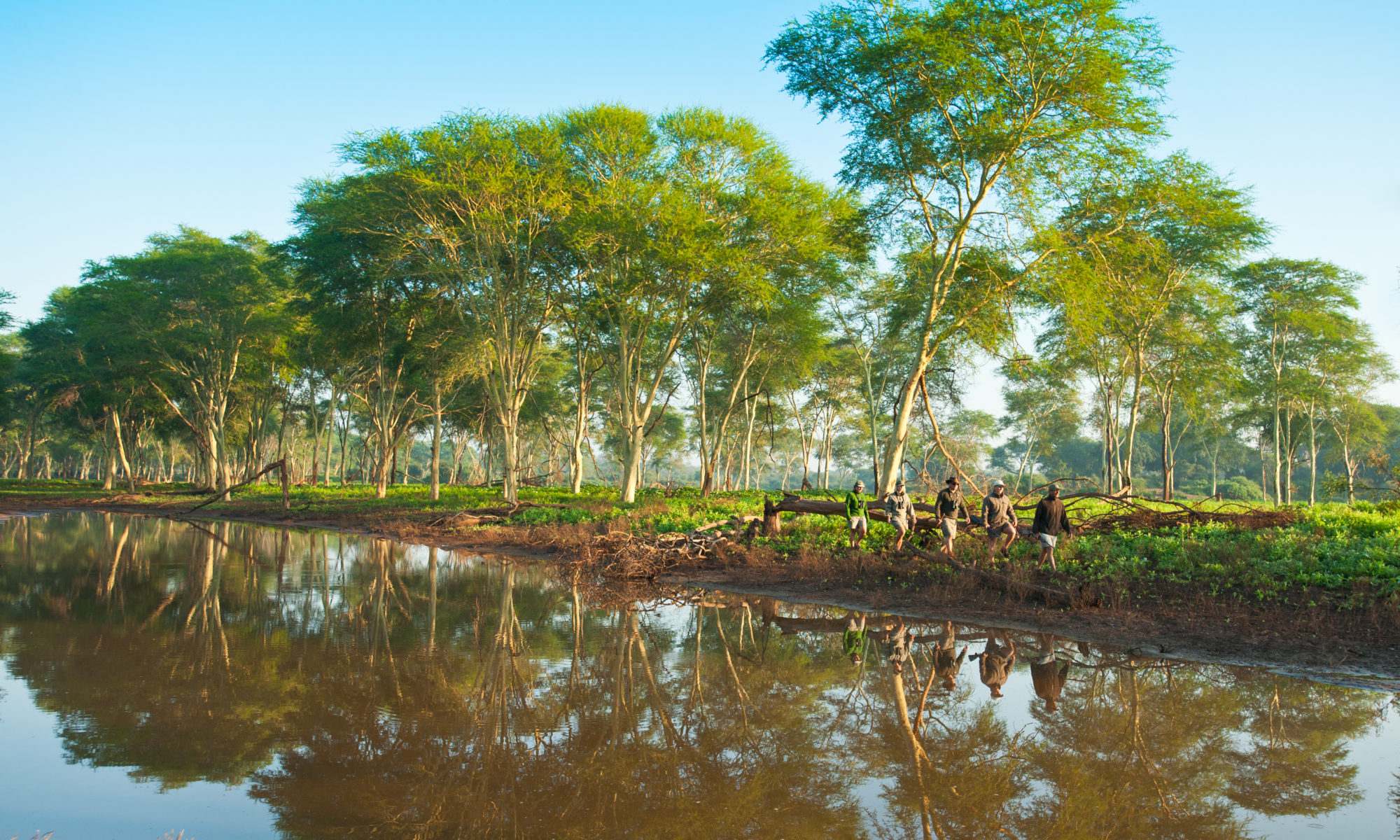 Spanning the eastern sections of Limpopo and Mpumalanga provinces, the vast Kruger National Park is one of the world’s great wilderness zones. It has the biggest and best choice of walking safari options in South Africa, ranging from ‘leave no trace’ backpacking to luxury trails camps. SANParks run a multitude of day walks, backpacking trails and wilderness trails, while RETURNAfrica and Rhino Walking Safaris operate wonderful dedicated walking camps within the park. Singita Sweni is a luxury private lodge deep in the park that offers walking safaris.

To the west of the Kruger National Park is an expanse of conserved lands known as the Greater Kruger. With unfenced boundaries to the national park, a number of reserves in private and community ownership offer superb walking opportunities that range from backpacking style with Spirited Adventures and Lowveld Trails, to the height of comfort at Tanda Tula, and Simbavati. Between these extremes, specialist walking safari company Africa on Foot operates comfortable camp-based and slack-packing style wilderness trails.

Walking safaris are also available in community-owned reserves – at Pungwe Safari Camp in Manyeleti, and at Mtomeni in Letaba Ranch.

At the tripoint of South Africa, Zimbabwe and Botswana, Mapungubwe National Park offers dawn walks in a spectacular landscape. Over the border in Botswana, multi-day adventures on foot are possible with WalkMashatu.

Marekele National Park, in the southern part of the Waterberg biosphere, offers dawn walks and also is home to the luxury Marataba lodge which runs walking safaris. Pilanesberg National Park is not a major walking destination, but dawn walks are available at the Legacy resorts.

The vast Kgalagadi Transfrontier Park, in the Northern Cape province, is a hostile environment for intensive walking, but fascinating San-guided explorations are available at !Xaus Lodge.

In the Eastern Cape, Mountain Zebra National Park offers a diverse selection of walks, including the chance to track cheetah on foot. Not far from Port Elizabeth, there are two private game reserves that offer walking safaris, Shamwari and Kwandwe.

We have a soft spot for the little Kingdom, where Big Game Parks lead fascinating walks in some of their reserves.

All of the above parks and big game reserves are covered in Walking Safaris of South Africa and new walk operations are listed below.

In the Greater Kruger, Thornybush Game Reserve, is a member of the Associated Private Nature Reserves (APNR, see page 123), sharing an unfenced boundary with Klaserie to the north and Timbavati to the east. It has a high wildlife density, and visitors can choose from a handful of high-end lodges. For walks, head straight for Royal Malewane, which is proud to boast the best qualified guiding team in South Africa.

In the remote north of Kwa-Zulu Natal, half way between Ithala and Umkhuze parks, lies the community-owned Somkhanda Game Reserve. Whether staying at the lodge or one of the fenced or unfenced camps, guests have the option of booking a 4-hour bush walk or tracking experience. Somkhanda has all the big game you’d expect and low visitor numbers guarantee a genuine wild adventure.

On the upper White Umfolozi river in the south of Zululand, the new Babanango Game Reserve has both guided walks and self-guided trails in a fenced area without dangerous game. It promises to be a superb destination for multi-day trails in the near future.

In the Eastern Cape province, Amakhala Game Reserve is just a short drive for residents of Nelson Mandela Bay, and it has launched an exciting new overnight trail for backpackers. Guests hike about four hours on gentle animal trails and then overnight on camp beds in a cave overlooking the Bushman’s River. If backpacking is not your style, there are also dawn walks for lodge and safari camp guests and in 2021 these were opened up to day visitors. Slow explorations on foot begin at 8AM with expert guides interpreting the whole eco-system from dung beetles to elephants.